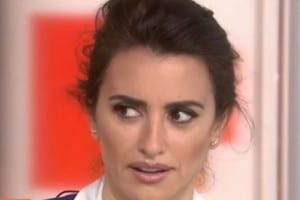 IT was a career low point for an American TV presenter after she asked Penelope Cruz about her ‘ugly feet’.

NBC newscaster Savannah Guthrie was left red-faced when she asked the ex-ballerina whether it was true that she had nasty hooves during an interview for Cruz’s new film Zoolander.

“But when you’re a ballet dancer, you lose your toenails, you get used to throwing them away.”

Where does Spain feature in the Top Ten rankings of World’s Most Beautiful People?

Elena Gocmen Rueda - 3 Dec, 2021 @ 13:30
SOME six million international tourists visited the Balearic Islands in the first 10 months of the year. This was an increase of 261% compared to...