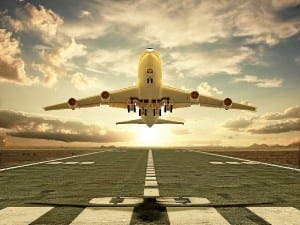 A CONCERNED mother has slammed Malaga airport for failing to do basic security checks.

Marbella-based Hayley Malli, 38, was shocked when her 16-year-old daughter passed through security with a razor, tweezers and various liquids.

She also carried a ‘massive’ pair of scissors in a pencil case.

“She didn’t realise she wasn’t allowed to take them but it is very worrying that so many forbidden items can get through.”

The mother-of-two, who runs Karma Beach restaurant in Marbella, continued: “I have been flying in and out of that airport for some 36 years and it’s always been the same.

“In the UK they are so much tighter, while here it is often laughable. It concerns me with all the recent terrorist attacks in Belgium and Paris.”

Meanwhile pensioner Barry Gorst revealed that he had formally complained to the airport for ‘a total lack of security’ in the arrival halls.

“It took eight minutes for the information desk to find a security guard when I was being harassed by a drunk waiting for a friend on Sunday night,” said the former estate agent.

“Barcelona is teeming with armed police and I am worried that the Costa del Sol will be targeted this summer,” added the expat, who has lived in Spain for 35 years.

However, the national terror alert will not be stepped up from level four – the highest level since the 2006 Madrid bombings which killed 191.

Malaga airport press office told the Olive Press this was ‘a government matter’.