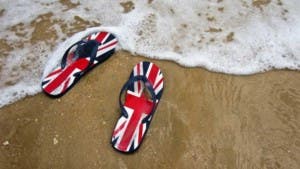 has released a list of this year’s top ten bizarre requests from Brits abroad.

One concerned citizen planning a move to Spain rang the consular over fears he would encounter nudists walking the streets.

A homesick expat asked where he could buy English bacon while a lady in Lebanon rang to recruit an English butler.

Half a million calls were made to the FCO’s consular service last year –which provides emergency help to Britons in trouble overseas.