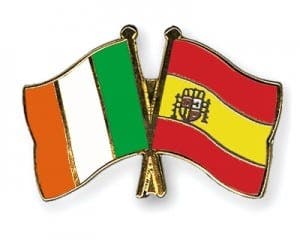 THE Irish cannot get enough of Spain.

In January and February of this year there were 20% more Irish travellers than the same period in 2015.

In fact, Spain ranked second only to the UK for Irish tourists, according to the Central Statistics Office.