RONDA is facing yet another planning farce. 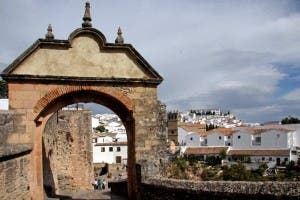 The town hall is set to return €650,000 to developers behind an urbanisation project that was never built.

In the latest case of poor management from the town hall’s planning department, the Junta has rejected plans for the new La Pariche golf course and housing complex.

The La Pariche proposal included the construction of 160 homes alongside an 18-hole course.

However, the Junta rejected the proposal because the site was protected.

It comes after the Los Merinos golf complex was finally sunk by the Supreme Court last year.

After almost a decade of legal warfare, the Supreme Court ruled that the plans violated environmental laws.

Despite numerous appeals from the developers and Ronda Town Hall, the Supreme Court backed the Andalucian High Court ruling that the €18.9 million macro project would have affected the water supplies of at least seven neighbouring towns and villages.

Developers Copisa are now demanding €8.5 million back from Ronda in paid licence fees.

The town hall still hopes to reignite the development project.

Blaze in Spain: Fire breaks out at Ronda property as man rushed to hospital