MARBELLA-based boxer Matthew Macklin put off any immediate plans to retire after a scrappy win over Brian Rose.

The MGM Marbella man edged out his Britis 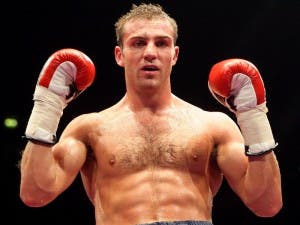 h opponent on the undercard of Anthony Joshua’s world title fight at the O2.

Both men were docked points during a fierce battle. Macklin penalised for low blows and then Rose docked a point for holding late on.

Before the fight ‘Mack the knife’ Macklin said he would retire if he lost.

However, despite the victory the Irish fighter admits he is still considering hanging up his gloves.

“I’m not sure what the next step is for me,” he said. “I didn’t win as convincingly as I was hoping to so I need to think about carrying on or not.”

Dilip Kuner - 25 Sep, 2021 @ 17:45
DNA analysis of a skeleton found in an ancient Islamic necropolis in the Valencian town of Segorbe gives evidence of the brutal expulsion of...

Learn the lingo: Maravillas has the Spanish language programme for you