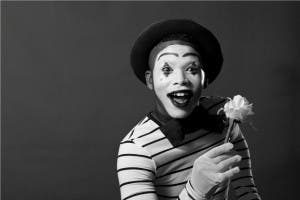 Fed up with the local council for repeatedly blocking applications for live music licences, CoastFM Gold announced that a new mime club was to be opened and that Nerja was in the running for the 2019 European capital of mime.

Recorded as an advert, listeners in Nerja, Frigiliana and La Herradura were told of the opening of Club Los Inocentes which had ‘all the excitement of live music, but none of the ambient noise’.

“It was just a bit of fun,” a spokesman for the radio station told the Olive Press. “We meant nothing untoward by it and were simply picking up on an issue that our listeners could identify with.”

Nerja has been experiencing a number of difficulties recently with the town hall outlawing live music at any venue that doesn’t have a music licence.

One bar owner – who wishes to remain anonymous as he is still applying for a licence – told the Olive Press that it is ‘virtually impossible’ to acquire a licence in the town.

“Hardly anywhere can play live music in Nerja now,” he said. “I understand the law coming in but it is counter productive if it is then virtually impossible to obtain a licence.”

He added: “I have to applaud CoastFM Gold for their advert, it was extremely funny and at the same time the situation is extremely serious.”