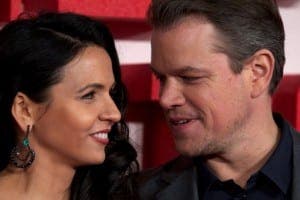 MATT Damon has been spotted enjoying a Spanish holiday in Alicante.

And the film star is in for a bucket-load of culture as he and Argentinian wife Luciana Barroso are attending her sister’s wedding in Javea.

The bride is marrying a young man from nearby town Pedreguer, according to website Tiramillas.

Although the Bourne Ultimatum star tried to keep a low profile, the couple was inevitably spotted sightseeing, walking on the beach and trying the out the beach bars on offer.

Matt speaks Spanish – he studied in Mexico as a teenager and went backpacking in Guatemala.