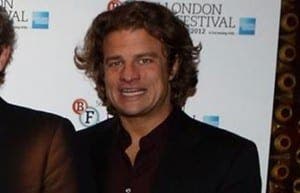 AN AWOL film producer hid out in Spain for three months after being ordered to repay investors €56 million.

Brit Felix Vossen was ordered to repay investors – some of which were friends – the large sum of money after committing a multi-million pound fraud.

Producing films such as The Sweeney, starring Ray Winston, and I Anna, with Charlotte Rampling, Vossen took his friends investment but never returned the money.

In total, 26 people took Vossen to the UK High Court where a judge ruled he repay €56 million in damages.

Fleeing on a plane to his home in Zurich, he was finally picked up in Valencia.

In possession of a German passport as well as fake French, Greek and Dutch identification, Vossen has now been extradited to the UK.

Fiona Govan - 28 May, 2022 @ 16:00
SPAIN will impose limits on air-conditioning in public buildings this summer in a bid to slash its energy bill as prices soar. Civil servants will...