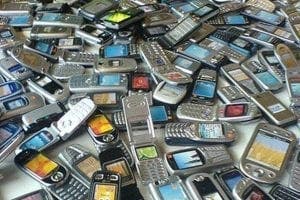 MOBILE phone users in Spain and Gibraltar will cash in on the EU-wide cuts to roaming charges.

The dramatic reductions could save British holidaymakers and expats hundreds of euros when using their UK numbers in Spain, Gibraltar and across Europe.

The 75% drop in prices will apply to all European mobile phone users until next June when charges will be abolished completely.

The move to abolish roaming rates in a phased way was approved by the European Union last June.