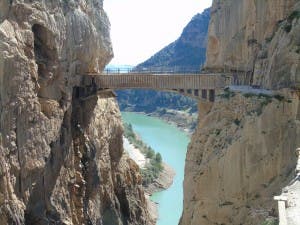 A NEW batch of summer Camanito del Rey reservations will soon be available for purchase.

The tickets will be released in the next few days after its slots up until the end of June have almost sold out.

The consortium which now runs the Caminito – a walkway pinned along the steep walls of a narrow gorge in El Chorro – says they have already sold 42,000 out of the 50,000 tickets available.

The companies now in charge have said their new ticketed and reservation plan has not caused a decrease in visitors.

People will be able to reserve spaces until September 30 at www.caminitodelrey.info.