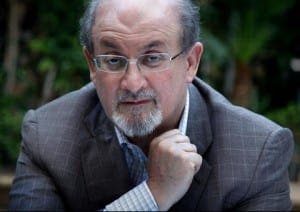 BRITISH author Salman Rushdie is appearing in a new documentary about one of Spain’s most famous paintings.

Booker Prize-winner Rushdie stars alongside 30 other cultural figures in the 90-minute film, about Madrid’s Prado museum painting The Garden of Earthly Delights.

Talking at the museum, he says: “At the end of a novel, a writer unveils the mystery. In this case, the artist doesn’t want to reveal it. He wants you to stay in this mystery.”

The documentary, which opens in cinemas on June 9, forms part of an exhibition celebrating the 500th anniversary of the artist’s death.