TOMAS Ramirez Yampara was at home with his one-year-old baby sleeping quietly in his arms when he received a knock on the door that was to change his life forever.

A gloomy day of torrential rain turned to horror, when at around 8.30pm on the night of May 9, a local policeman broke the news that his wife had been killed in a tragic hit-and-run.

Shell-shocked, the Bolivian construction worker initially failed to believe that his wife could have been run over on her short 15-minute walk from her job at nearby Alabardero Resort.

But now have begun two weeks of grief for Tomas and baby Katherine, not to mention in Bolivia, where Fatima’s two other children and ex-husband live.

“The family is devastated by the news, her children in Bolivia are especially grief-stricken and can’t even bring themselves to eat at the moment,” Tomas told the Olive Press. “Nor can I.

He continued: “We have fallen on hard times as both the family in Bolivia and our livelihood here really depended on Fatima’s income.”

He revealed that generous Fatima sent hundreds back to her hometown in Santa Cruz every month to help fund the studies of children Sebastian, 15 and Carla, 19, where they lived with Fatima’s ex-husband Silvio.

Tomas added: “She was a wonderful mother, extremely hard working, responsible and always looking at ways to make ends meet.

“This is an extremely difficult time.”

Tomas who works in construction has had to take time off work to care for baby Katherine on his own while he deals with the shock and bereavement.

It is precisely having to look after the day-to-day needs of their adorable child that has helped him focus on the future and keep going.

Having already paid €7,000 to send his wife’s body back to her relatives in Bolivia for burial and with little money coming in, Tomas is extremely appreciative of donations.

“Every penny donated is so appreciated,” he said.

“I am really touched and grateful that ordinary people are helping.

“Particularly local expats, many of whom I know do not have much money.” 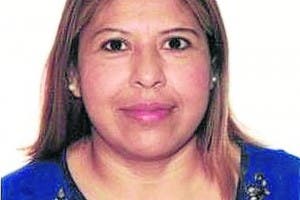 Finally, he saved a word for the driver of the car, Westley Capper, the public school-educated hooligan, who could not have been given a better start in life.

“I cannot understand how he has shown absolutely no remorse, has not reached out to the family and clearly has no conscience whatsoever.

“It really puzzles me. What a heartless person he must be.”