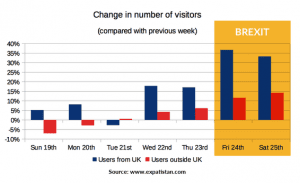 THE number of UK citizens looking to move abroad after Brexit has increased by 30%.

The amount of people comparing the cost of living in UK cities and cities abroad also spiked by over 50%. 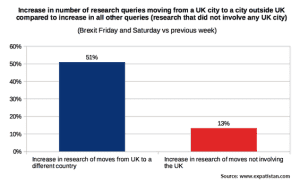 Perhaps unsurprisingly, the site’s figures showed a positive correlation between how a city voted in the referendum and the number of people researching a move away from the UK.

The higher the percentage of Remain votes the more interest there was in moving abroad. 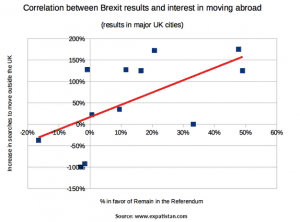 Spain was the area with the third highest interest among those looking for a new life, after the USA and Australia.