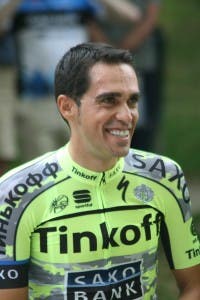 TWO-TIME Tour de France champion and Madrid native Alberto Contador crashed in each of the first two stages of the 2016 edition of the marathon race.

His fall in the opening stage on Saturday was not very impactful, causing almost no lost time or pain. The crash in the peloton on Sunday, though, cost Contador in both regards.

Contador insists that ‘the time loss is worse than the body blows.’

Despite his optimism, Contador’s crashes have radically diminished his championship chances. After starting as the third-favourite in the race at 5 to 1 on Betway, Contador has since fallen to fourth at 33 to 1 odds.

OPINION: The doping cycle of shame

Other News
Tracy Storer - 17 Aug, 2022 @ 15:44
Could you be paying less for your Investments and Pensions? I’ve just come out of a regular review with one of my clients, and top...