MORE UK residents are considering a move abroad in the wake of Brexit. 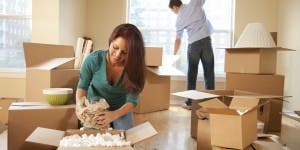 following the referendum result, according to data compiled by cost of living comparison website Expatistan.

In the two days after the UK voted to leave the EU, comparisons between UK cities and non-UK cities on the site increased by 50.8% from the week before.

The figures suggest that more people are researching a move out of the UK.

The comparison website also found that there was more interest in moving abroad from cities with higher percentage of Remain votes.

Canada, Germany, and Thailand were the most popular countries researched.