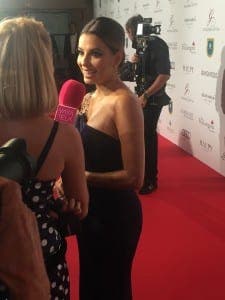 IT was quite the spectacle in Marbella’s Gran Melia Don Pepe resort, as some of Spain and the world’s biggest stars came out in philanthropic support of the Global Gift Gala.

Highlighting the roster of stars was Eva Longoria, whose own charity, the Eva Longoria Foundation, co-sponsored the event.

The Global Gift foundation raises millions in donations before dispersing the funds to charities around the world, including UNICEF, mothers2mothers and Fundacion SOS.

Eva posed with friends and hotel staff before making the rounds of TV interviews.

Other stars included Amaury Nolasco of Prison Break and the Brazilian supermodel Alessandra Ambrosio, who called for “less war and more love” on the red carpet. 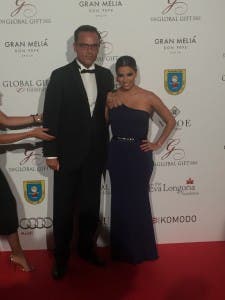 The celebrities posed patiently for the Spanish paparazzi before taking their seats for the exclusive dinner, where they enjoyed live musical performances and a slap-up three course meal.