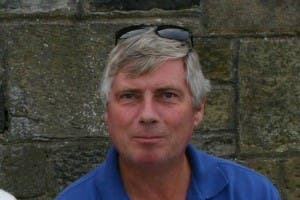 FEARS are growing for a British man who went missing from Gibraltar yesterday morning.

Andy Beckwith, 55, who has lived on the Rock for more than ten years, has not been seen since leaving his home on Europlaza at 8.30am yesterday.

He is described as wearing a blue polo shirt and blue trousers.
The director of a local financial firm and father of two, who is a regular of the Sotogrande padel tennis club, has been described by friends as a gentleman.

“This is very out of character for him,” said Sotogrande resident and friend Sarah Smith, 51, “he’s a wonderful man, a real gentleman, we really hope he is found soon.”