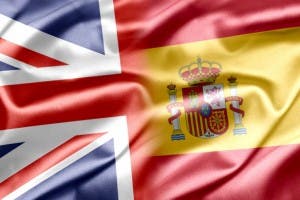 FOR a decade the Olive Press has spoken to and for the expats of southern Spain.

Whether British or Irish, Dutch or Scandinavian, we have tried to best represent their views and address their grievances.

That is until now.

This issue – for the first time in nearly 250 editions – we are reaching out to our Spanish neighbours and readers.

Extraordinary times call for extraordinary measures and with the future of British expats in Spain at risk following Brexit, we are making a direct appeal to the Spanish to help in our hour of need.

The bonds between our two countries are tight and go back a long way.

We love your creativity, passion and food, you love our music, humour and style.

And there is a lot, lot more. Too much to list here.

Now, as the incoming British government confirmed that rights of Spanish immigrants in the UK would be respected, we hope the same will be afforded to us here.

But there is one more thing. If a Spaniard can apply for dual nationality after five years in Britain, why can’t a Brit do the same here?

Giles Tremlett and William Chislett’s petition asks for it after 10 years (we say five, and why not if you are legal and pay your taxes here).

Changing the law would guarantee that long-established expats with families, businesses and ties to Spain are able to continue living in the country they love.

We urge everyone – Spanish, English and Scandinavian alike – to sign the petition and turn this plea for help to become a strong demand that the Spanish government cannot ignore.