A GROUP of angry residents – many expats – are seeking legal action after a hotel turned a quiet part of Estepona into a ‘mini Benidorm’.

They claim the Centerparcs-owned hotel is allowing music to blare until two in the morning, with noise levels regularly exceeding the 55 decibels permitted by the Junta.

Disgruntled neighbours of the Pierre y Vacances hotel, in Cancelada, claim they have been left with no option but to seek legal advice after battling the hotel since it opened in 2014.

They claim that a petition demanding adequate sound-proofing, signed by over 100 people in January, has been ‘ignored’ by hotel bosses, despite several meetings.

“Two meetings with the hotel manager Miren Bilbao have come to nothing, in spite of promises to lower the volume.”

She added: “It seems as if the hotel management has no thought, respect or concern for local residents and that is unacceptable. The law is on our side and we intend to use it.”

From July until September, the hotel hosts a group of entertainers who perform nightly on the swimming pool area which directly fronts residential properties.

Residents have recorded the noise level as reaching as high as 90 decibels, nearly double the legal level permitted.

When contacted by the Olive Press, a spokesman for Pierre y Vacances said that the matter was ‘being dealt with’. 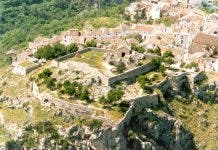 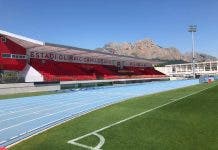