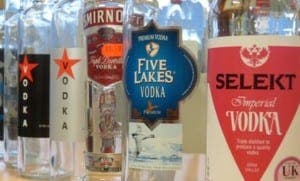 SPAIN is the EU country most affected by the sale of fake alcohol.

The EU Intellectual Property Office estimates its local producers lose €263 million every year thanks to the introduction of counterfeits into the market.

The trend also affects jobs and tax revenues, according to the EU’s Intellectual Property Office’s 8th report on the economic costs of fake products, which was released late July.

Spain heads the list of countries with the biggest job losses in absolute terms losing around 1,000 in a year.

The report also notes that states lose millions as a result of unpaid VAT or Social Security contributions, which in Spain amounts to €90 million.

While counterfeit production is difficult to detect and its implications difficult to analyse, it is estimated the EU as a whole has lost an annual average of €3 billion euros between 2008 and 2013.

The countries most affected after Spain are Italy, Germany and France.

Spain has been damaged the most because it has the highest number of businesses specialising in alcohol and wine with some 3,700.