AS Rio gets set for August 5’s Grand Opening Ceremony, many expat sports fans on the Costa will want to root for their ‘local’ side – Spain. But who are the underdogs in with a chance and who are the heroes expected to take Gold?

That’s up for debate but Spain’s Olympic team has been a model of consistency over the last three Games.

The country’s Olympic committee has fielded a similarly-sized army of athletes since 2004, adding up to a sporting force of 280 to 300 competitors.

The veteran core certainly looks set to deliver, with Spain returning eight of its 12 individual and small team London medalists to the international games, as well as three of its four 2012 national and large team medal winners.

First-time Olympians’ successes will always surprise those outside the sport, but the presence of Olympic freshman Sergio Garcia will certainly help the rookie crowd’s chances of securing bronze, silver or gold.

From the fresh first-timers to the accomplished veterans, these athletes all have the potential to bring home a medal and make us all proud. 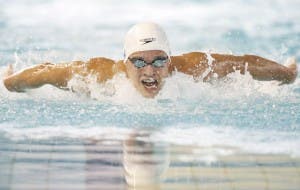 Solaeche on his mental preparation for his first Olympics: “I’m trying to approach [the competition] like it’s any other meet; like it’s something I’ve done before,” he told the Olive Press. “But it’s true that I’m pretty hyped about it. I’m nervous, obviously, but I feel ready.” 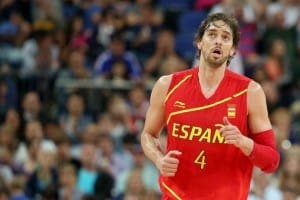 Gasol on his decision to play, despite Zika-related health concerns: “The commitment I have, the love that I have for the game, for my national team, for the Olympic experience and trying to win another Olympic medal for my country – knowing that I don’t have many opportunities left at this point in my career – all of those were factors for me to decide to play.”

The Spanish stalwart has said he is considering freezing his sperm ahead of Rio. 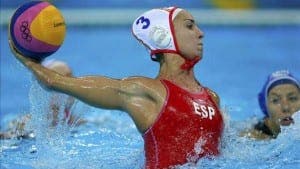 Silver medallist at the London Olympics

Espar on the team’s goals and preparation: “Obviously [our goal] is to play our best and to win the gold. [Preparation has] been very tough, but fun. I think we have worked very hard physically and we are ready to play. We actually can’t wait to start playing.”

Spain’s women’s water polo starts its tournament run on August 9 against the US team that beat them in the 2012 final. 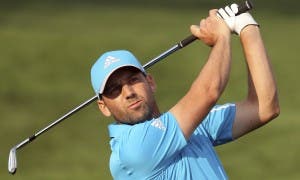 First-time Olympian – golf returns in 2016 as an Olympic sport for the first time since 1904.

Garcia on golf’s inclusion in the Olympics: “Ever since I was young, I’ve loved watching the Olympic Games, but I never imagined I would one day be a part of it. Especially because golf has not been included in over 100 years. But now it’s back and just being there will be a dream come true.”

Golf begins August 11 with tee-times not yet set. 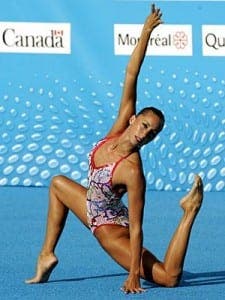 Mother-of-two Mengual competed in the 2000, 2004 and 2008 Olympic Games, winning bronze in the duet competition in Beijing in 2008. She retired in 2012 and went on to coach the Spanish national synchronised swimming team. However, it seems coaching was not close enough to the sport she loved. She returned in 2015 for the World Championships in Kazan to compete with a former pupil. She will compete with Ona Carbonell, a London duet silver medalist, in the same competition in Rio. 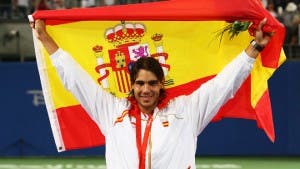 Nadal withdrew from the fourth round of the French Open due to a wrist injury and has been recovering since. Rumour says he will not compete in the singles’ competition but is set to play mixed doubles with Gabrine Muguruza, the women’s world number three. Nadal will carry the Spanish flag at the opening ceremonies.

If Nadal decides to enter the singles’ competition, his 2016 Olympic medal chase would start on August 6 or 7. If the Manacor Matador sticks to mixed doubles, his pursuit will begin on August 10 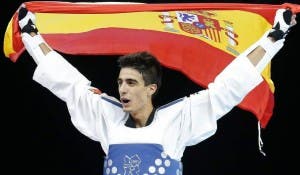 Gonzalez won the gold in the 58 kg weight division in London, but will compete in the next weight class higher (68 kg) in Rio.

Gonzalez on his return to the Olympics in a new weight class: “I have some shortcomings, but I’m capable of giving it 100%. When you win the gold, you just want to return to victory… It will be key to trust what I do and control the distance very well.”

Gonzalez will see all his Olympic dreams fulfilled or shattered in a single day, as the men’s 68kg division goes through the entire competition, from preliminaries to podium, on August 18. Taekwondo competitions proceed from lightest to heaviest from August 17 to August 20.