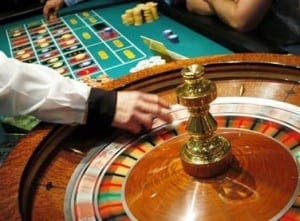 IN May of 2010, San Roque lost its flagship casino which had offered a host of first-class entertainment and became a tourist attraction for the Sotogrande area.

Now, six years later, the city has recovered its facilities for leisure and gambling due to Austrian group Novomatic.

Last December, the first stone for the reconstruction of the property was placed symbolically and the Casino Admiral San Roque opened its doors on Wednesday July 27th.

More than five million euros were invested and over a three hundred jobs were created in the renovation and opening of the casino.

Customers will find rejuvenated facilities with two bingo halls, 125 roulette games, eight tables of games, a multipurpose party room for all kinds of events and an international buffet.

Also, during the first forty-five days there will be a special programme with performances, animation and surprises.

Finalists of the first stage of a competition started on Facebook for local music groups will also perform, with the final winner pocketing a prize of €5,000.

Three hundred workers participated in the renovation of the facility, which was developed in record time so that the opening coincides with the summer season.

Local mayor Juan Carlos Ruiz Boix stressed that the complex, which is intended to be permanent, is an attractive generator of wealth, economy, and employment.

Walter Finch - 6 Dec, 2022 @ 18:14
One of the stellar events in the English literature calendar returned at the end of November as a host of novelists, historians, politicians, academics...