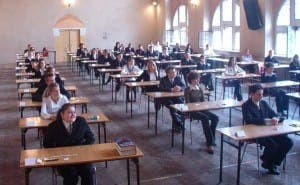 THE UK is requiring its schools to detail the nationality of its students.

Spanish and other foreign parents in the UK are concerned at the Department of Education’s plan to collect data on children’s country of birth and nationality in order to ‘monitor the scale and impact’ of immigration in schools.

The information will be gathered on children aged two to nine and added to the National Pupil database.

Although the database has existed for three years, this is the first time details of the children’s birthplace have been asked for.

“This information will be used to help us better understand how children with, for example, English as an additional language perform in terms of their broader education and to assess and monitor the scale and impact immigration may be having on the schools sector,” a spokesperson for the Department of Education said.

Some parents feel the data could be used to underline the idea that there are not enough school places in the UK due to the number of foreigners, doing little to undermine the xenophobic attitudes that have been encouraged post-Brexit.

The UK government has also reportedly made plans to ‘crack down’ on higher education student visas in a bid to bring down immigration numbers.