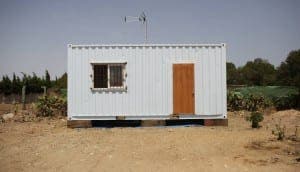 RESIDENTS in El Palmar are lambasting the town hall for failing to control a rise in illegal constructions.

The increase in low-cost tourism in the area has led to an influx of containers and shacks being built, with estimates putting the number of illegal dwellings at 1,000.

There is no running water or sewage facilities while power cuts are a regular occurrence.

Paco Rosado, president of the residents’ association, says the boom was triggered by the opening of a beach bar in 2000, which quickly turned El Palmar into a trendy, alternative destination.

The dwellings are built on land ceded to families who came to work there in 1931.