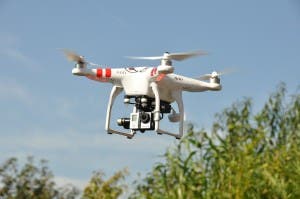 The light aircraft are taking aerial photographs of properties across the country where building work has been carried out and not declared.

This includes additions that would increase the value of a property and therefore the amount of liable tax, such as extensions and swimming pools.

By not declaring such work, tax cheats have been able to dodge a higher tax bill payable by all property owners in Spain based on the perceived value of the property.

The treasury’s operation, which began in 2014, has so far resulted in the collection of an extra €1.25 billion.

The highest number of fraudsters were detected in Andalucia, where inspectors found 373,224 undeclared buildings.

A new stage of the operation is now underway to survey 6,331 municipal areas with drones.