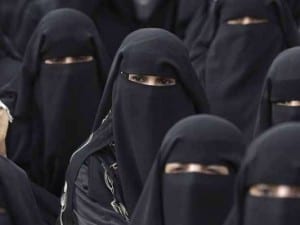 A PREGNANT Muslim woman has been kicked in the stomach by two men in Barcelona.

Two football hooligans, allegedly from the the far-right Brigadas Blanquiazules group, hit the unnamed woman because she was wearing the Niqab.

The two men, who are yet to be named, then assaulted the woman’s husband.

The unsolicited attacked happened while the woman, who is eight months pregnant, was walking with her husband.

Police have detained the assaulters on hate crime,discrimination and personal injury.