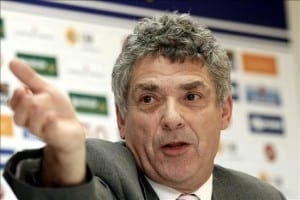 A SPANISH football chief’s niece has been killed after being kidnapped in Mexico last week.

She was forced to withdraw money from cash machines before being held for ransom.

According to Spanish foreign minister Jose Manuel Garcia Margallo, the kidnappers were paid less than they asked for.

He was convinced she would be released safe and sound.

“Unfortunately it did not turn out that way,” he said.

The woman’s remains were identified yesterday after being found in Toluca in Mexico last Thursday.

Two members of her family and Spanish police had travelled to the country to secure her release.