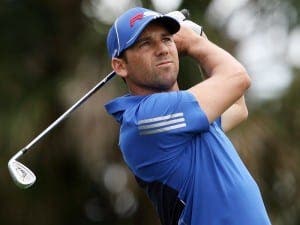 The comments were made ahead of the Ryder Cup as Golf Digest interviewed players, coaches and caddies on the condition of anonymity.

“He’s comfortable winning playing those bulls**t games if he can’t beat you with his clubs,” the quote continued, “And if you do give it back to him, it can affect him.”

Garcia, 36, has won 18 of his Ryder Cup ties, drawing nine and losing five, and is seen as one of the tournament’s greatest ever golfers.

Despite this he has yet to win the title or any other major.

“Sergio isn’t a choker,” the anonymous source continued, “but has he ever made a putt in a major when it really counted at the end? No, and that’s why you feel like he can be beaten.”

Garcia has said he is optimistic about Europe’s chances this year.

““Our team is quite young, but I think it’s going to be a great mix of experience with some of the younger guys and rookies getting a great taste for it,” he said.

“The only thing they have to do is go and do what they do every week, which is to play great golf.”

Garcia will join the likes of America’s Jordan Spieth and Northern Ireland’s Rory McIlroy at the Hazeltine National Golf Club in Minnesota, US, on September 30.