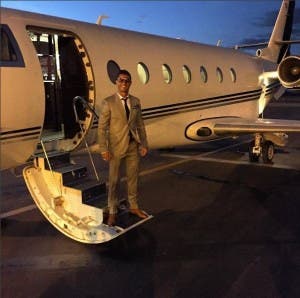 The plane crash landed at Barcelona’s El Prat airport on Monday night in what was described as a ‘terrifying accident’.

Witnesses said emergency services raced to the scene while the runway was temporarily closed.

Luckily no one was seriously hurt. 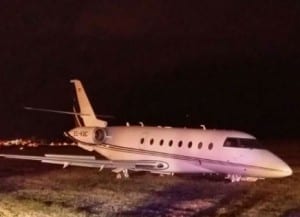 The pilot was treated for minor injuries and Ronaldo is not thought to have been on board.

The Real Madrid football star bought the plane for €17 million last year and often rents it out to private companies, one of whom was using it when it crashed.