IT was April Fool’s day, which I know is not a big deal here. But the architect speaks good English and he’s always eager to learn about British ways and customs.

I assumed he’d heard about April Fool pranks and thought he’d try to do one himself, when he sent me this text in the morning:

The builders have found four skeletons under your house.

(Actually the language I used was more colourful than that.) But he texted straight back:

Then he started to send the pics. Here are a couple of them: 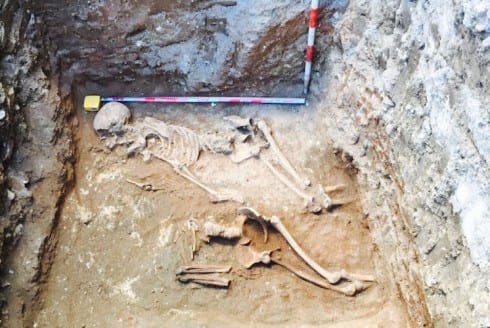 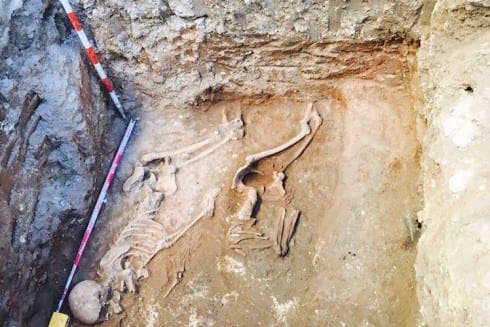 The house is in the barrio of San Miguel, in the centre of Jerez. San Miguel church, whose beautiful spire can be seen for miles around, is right at the end of the street. 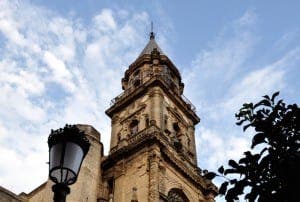 I call it a house but, strictly speaking, it would be more accurate to call it a shed. It was a dilapidated, one storey structure with a big patio, at the back of a fairly rundown casa vecina. 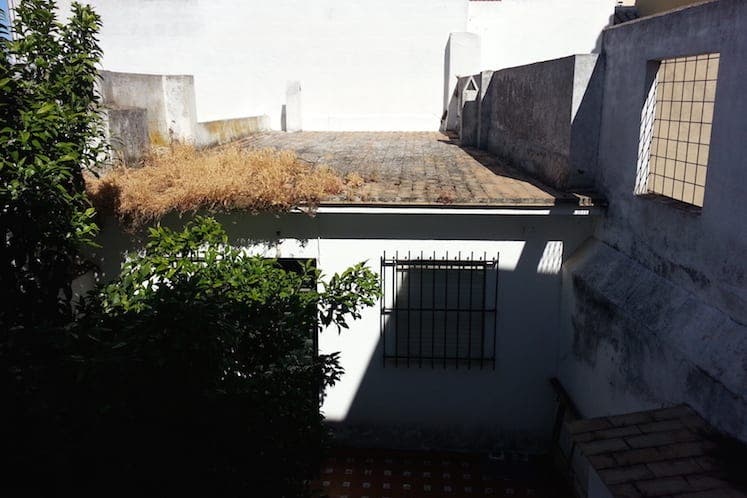 The plan was to demolish it and build a new, two storey structure. Exactly, bizarrely, one year to the day from when I first set the project in motion – and after endless back and forward meetings with the council and suchlike – the builders finally started.

They knocked the old house down in about 24 hours and began to dig new foundations. Then Cadiz council got involved. Not the local Jerez bods, the provincial Cadiz bods. The architect had no idea why they’d picked us to be the unlucky ones; he’d never known it happen before. It must have been just random.

They decreed that, as the house was in a historic area, there would have to be an archaeologist present when the builders dug down. So two weeks after work started, it stopped again for a month.

Finally, the archaeologist turned up. He was standing watching the work when, lo and behold, the skeletons were unearthed.

It’s quite a common find. The ancient city walls were nearby and there are all sorts of things just a few feet underground, including skeletons. There are holiday apartments next door and when they dug out a little swimming pool, they discovered six.

I’m fascinated by history and, although it was frustrating, I’m generally in favour of preserving the past. What I wasn’t so keen on was having to pay for it. Yep. A bill arrived for 2,200 euros, payable immediately.

I did my damnedest to wriggle out of it.

I asked how come it was me who had to cough up for the exercise. They sent me a copy of the law which states that the property owner is the one who pays.

I questioned the amount of hours the archaeologist was charging for. They sent me a fully itemised timesheet.

Having swallowed that, I asked if I could keep a souvenir. Maybe a skull; I could use it for an ashtray. Not a hope, they said.

I asked what would be done with the remains they were taking away. They told me they’d be kept in the museum. Not on public display, you understand; there are far too many unearthed skeletons for that. Instead, they’d be labelled and kept in an archive. Somewhere in Cadiz there is a large room full of old bones. Quite an odd thought.

Another coincidence: the very day after I’d grudgingly paid, a bloke from Jerez council turned up at the flat I was renting. He was all smiles.

He said that they normally impose a tax on any new building. But because I was helping to regenerate the area, they were going to give me a 90% rebate. It amounted to 2,200 euros.

So I suppose you could call it a one-all draw. But it made me wonder, not for the first time and by no means for the last, why I’d embarked on this damn fool venture anyway.

I’ll tell you in the next episode.