A BRITISH father has been killed in a crash on the Costa del Sol while travelling to the funeral of a family friend.

Eifion Gwynne, 41, a keen rugby player, has been hailed as a hero in his hometown of Llandovery in south Wales, where he was man of the match in their club’s cup-winning side in 2007.

The electrician died after being hit by a car in Malaga on Saturday. 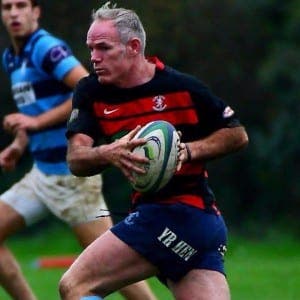 “He was a fantastic person, and a brilliant Welshman of the people. He was everybody’s friend.

“He was also an outstanding rugby player and made lots of friends at Llandovery.

“He is one of those rare people who you feel privileged to have known and a lifelong friend to all who knew him. Our heart goes out to his wife and children in their immeasurable loss.”

His wife Nia, 40, is being comforted at home.

A Foreign Office spokesman said: “We are in contact with Spanish officials regarding the death of a man in Malaga who is believed to be British.”