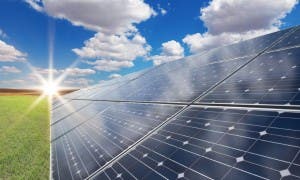 A SPANISH energy boss has vowed that Spain will become 100 per cent reliant on renewable energy.

He said: “The important thing is to predict and forecast what is going to happen.

“I think people are going to tell me we’re crazy but I’m pretty sure we’ll arrive at 100 per cent for one moment for sure.”

The firm said a new nighttime record was set in November last year when wind energy provided 70 per cent of the country’s energy. 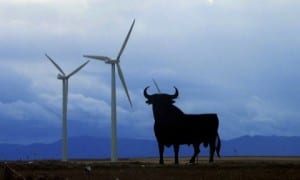 Spain, which has no oil or natural gas deposits, is attempting to become energy independent.

Although great for the environment, critics have said the move to renewables has made energy more expensive, with some saying the price has increased by 60% over the last ten years.

Acciona said this can be tackled with proper management.

The director for the Asia-Pacific region, Javier Montes, said: “Properly managed, there should be no issues with that. The examples in Europe show that

“The one thing going in Spain’s favour is that the electrical system has been built with the goal of making it very reliable and able to take very heavy knocks with extreme weather events or major technical failures.”

Meanwhile the UK is set to fail to achieve its target of 15% renewables by 2020, likely undermining its reputation for climate change leadership.