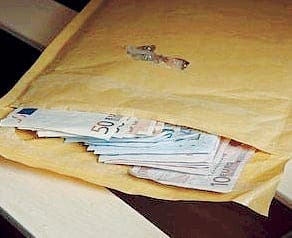 A PowerPoint presentation was used to teach PP mayors around the country how to exceed the legal limit without being discovered.

Created in the height of the Gurtel scandal – for which dozens of former officials are currently on trial – it explained how to divert donations to different bank accounts.

This money was then used to pay for propaganda adverts and billboards, but the costs were hidden by listing bills as non-campaign items like ‘desks’ or ‘fences’.

The Gurtel trial has heard from alleged ringleader Francisco Correa, who has so far refused to link any politicians to the corruption scandal.

In total, €450 million was supposedly diverted in illegal funding including money paid to three former treasurers including Luis Baracenas.