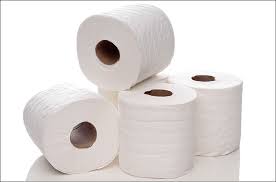 CASH-STRAPPED schools in Spain and Italy have been asking their students to bring in their own toilet roll.

The Rafael Garcia Valino school, a government-run primary school in Madrid, recently asked its pupils to each provide six rolls of lavatory paper.

One parent, Carmen Contreras, complained on her Facebook page that the requirement was “totally surreal.”

She said the school told her it didn’t have enough money for toilet paper, so they added it to a list of supplies students needed for class this term.

In Milan, Italy, the Scuola Primaria Casati school said to parents in a letter: “We’ve run out of toilet paper. So that this great friendship can continue, we have to bring one packet of four rolls of toilet paper each.

“We are informed that school funds are low and parents should provide paper, cups and even toilet paper.”

According to the European Cleaning Journal, a study by consumer group Cittadinanzattiva found that nearly half of the schools it surveyed in Italy did not have any soap and a further 37% were lacking in toilet paper due to funding cuts.