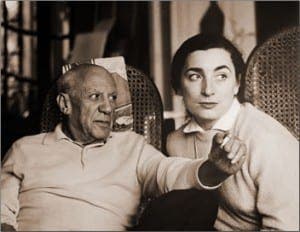 PABLO PICASSO’S widow may have hidden almost 300 of his works from his heirs.

A retired electrician who was convicted last year of hiding the works in his garage for 40 years, told a court in southern France that Picasso’s widow disliked her stepson.

Picasso’s widow had asked him to store between 15 and 17 garbage bags containing artworks after the artist died in April 1973.

He said she came to collect the works but left him one bag, saying ‘keep this, it’s for you’.

Le Guennec told the court that it was probably to prevent them from being inventoried for succession.