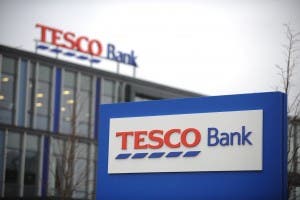 AN international criminal gang has stolen millions of pounds in an unprecedented cyber-attack on Tesco Bank.

Spanish and Brazilian fraudsters hit more than 25% of the UK bank’s current account holders in the attack.

Customers found that their accounts had lost anything between €30 and €3,300.

Tesco was forced to freeze all online transactions yesterday after what was the biggest ever raid on a British bank.

A police investigation has revealed that Tesco Bank had been repeatedly warned about its lacklustre security systems and that fraud rings in Brazil have been targeting the chain for months.

The level and sophistication of the attack has led experts to fear a criminal network or even a foreign government may be responsible.

The bank apologised to its customers yesterday after they accused it of treating them with ‘complete contempt’ and making ‘pathetic’ offers of €30 compensation.

CEO of Tesco Bank Benny Higgins said: “We can reassure customers that any financial loss as a result of this activity will be resolved fully by Tesco Bank.”