I’D like to relate to you a true story (of ‘Brexit’ origin…no surprises there) which has possibly damaged a friendship for good; no surprises again perhaps? 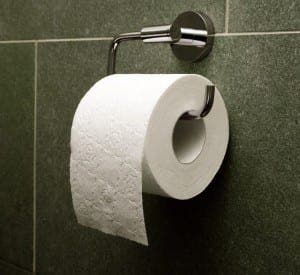 The names in the story are ficticious.

Two guys, one British the other Spanish, bump into each other in a bar. They’ve been friends for a few years, shared meals, music, drinks and chats into the night on many occasions. Let’s call them Pablo and Paul.

Pablo: “Have you seen what was said on the news today?” Pablo is looking indignant.

Paul: “No.” with a slightly apologetic air, sensing raised hackles.

Pablo: “A British government minister has said that if there are any Europeans left in the UK once Britain is out of the union they’ll be… in the River Thames.” Pablo has two hands out in front of him as if to hold someone upside down by the ankles, with an up and down motion to simulate dunking or dropping in the water. Paul is stunned by the claim and barely responds, sensing the need to go very carefully. Paul’s facial expression is enough to indicate disbelief  and this triggers a repeat of the claim… more forcefully this time.

Paul: “That doesn’t sound right” barely shaking his head and maintaining an expression of open mindedness in the absence of evidence. Pablo now repeats the claim a third time and Paul feels compelled to follow his instinct and reply.

Paul: “Pablo that’s impossible” but still keeping his response low key. All the while, Paul is aware that people roundabout could be listening and taking this in. Pablo now pulls out his phone and calls up the news article to prove his point. Paul scans the article again and again and can find no evidence of Pablo’s claim. On handing back the phone, Paul asks,

Paul: “The claim you’re making… where did you get it from?” Pablo adjusts his stance abruptly and gestures toward the news article as if it needed no further explanation.

Paul: “But the words you used, where did you get them?” Pablo again indicates the news article.

Paul: “No, but the actual words… River Thames etc…” and Paul repeats the ‘dunking’ motion. Pablo now, with the tiniest hint of reluctance but still with indignation, admits that they’re his words.

So what actually happened?

Pablo is an intelligent guy, perhaps given to a modicum of exageration now and again but all the same, a clever guy.

Well, after the exchange, Paul studied the news article again and felt he had an explanation.

The article in question was Amber Rudd’s speech where reference was made to companies that might be using disproportionate numbers of foreign workers and that she intended to uncover them. Now, the intentions or otherwise of Amber Rudd are not the subject of this article.

The key point is that in that particular article, the term used to mean ‘uncovering’ of such companies, was, ‘to flush out’. Pablo knows one or two words of English but little more.

In his anger, he has very likely made a brief internet search for the word ‘flush’ and (you’ve guessed it) been presented with the toilet scenario or perhaps purging with flowing water.

Furthermore, he appears to have confused the issue further by treating the ‘flushing’ process as being applied to the foreign workers as opposed to the employers. It’s easy to imagine how this would have fuelled his anger and of course, the rest, as he admitted, he made up himself.

The Brexit issue continues to divide and anger, not to mention being riddled with lies, twisted truths, decontextualisations and of course… misinterpretations.

The story above, tiny as it is, is an important reminder of the damage that can be done by propogating inaccurate uninformed comments, especially when emotions are running high and embellishment of the ‘facts’ is almost a probability.

There has been no further dialogue between Pablo and Paul.