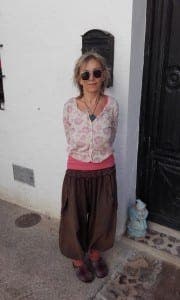 A BRITISH woman is campaigning to have WiFi removed from her town as exposure to mobile phone and computer signals threaten to ruin her life.

Expat Rosi Gladwell has launched her campaign in Polopus, in Granada, to minimise the risks of electromagnetic radiation exposure.

Suffering from extreme migraines and breathing problems, Gladwell was diagnosed with electromagnetic sensitivity four years ago.

Forced to rid her property of mobile phones and computers, Gladwell is now launching a campaign to educate others about the condition.

Following a meeting with mayor Matias Gonzalez Braos, the 67-year-old from Devon is confident that measures will be put in place.

“I am immensely impressed with our local mayor and how seriously he is taking this,” Gladwell told the Olive Press. “When talking about the dangers of WiFi technology, he came up with the idea of limiting the hours of access in the village by putting timer switches on the routers in the school, Town Hall and doctor’s surgery.

“This means that we are afforded protection from the emissions but are not cut off from communication.”

Gladwell has had to alter her entire life to avoid electromagnetic signals after being diagnosed with the condition.

In fact, she cannot stay in many hotels or eat in busy restaurants as the exposure to WiFi leaves her so ill.

“It is amazing how badly informed people are,” she added. “I truly feel that the public at large will also eventually be subject to the detrimental side effects.”

When contacted by the Olive Press, a spokesman for Polopos and La Mamola town hall confirmed that the mayor was looking at ways to reduce radiation.

ROOFTOP OFFICE: Mayor of Castellon village forced to work on the sloping roof of his barn to connect to the internet