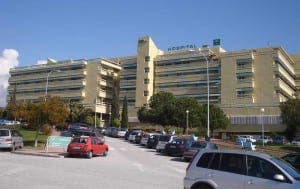 A MAN has died after falling four storeys while trying to break into his own apartment.

The 52-year-old fell to his death, after he attempted to scale a building in Marbella to enter his own flat.

Attempting to reach his flat via a neighbour’s balcony, the man lost his footing and fell to his death.

Pronounced dead at the Costa del Sol hospital, the man is believed to have locked his keys inside the flat.