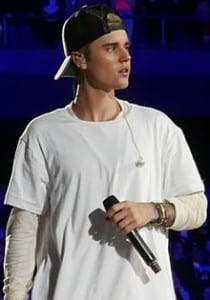 Justin Bieber is the most popular singer in Spain.

Songs by the Canadian heartbreaker were listened to on Spotify by more people in the country than those of any other musician in 2016.

However, despite being a firm favourite in most other regions, Bieber did not claim the top spot in Andalucia.