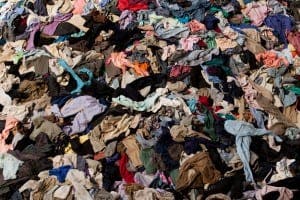 THREE people have been killed by a massive pile of clothes in Alicante.

A married couple and their 12-year-old daughter were crushed in their sleep when part of the floor of their apartment caved in under the weight of hundreds of kilos of clothes.

The tragedy was discovered when the couple’s other daughter, 18, woke up to find her family had suffocated to death.

The couple hoarded clothes compulsively, and had stacked their huge collection in boxes in the flat.

They suffered ‘a kind of Diogenes Syndrome, which led them to compulsively accumulate all kinds of clothing,’ according to sources.

Police have now launched an investigation.