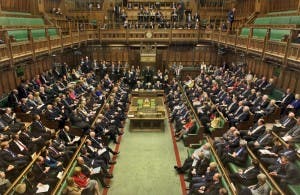 AN amendment to Article 50 to give all EU citizens living in the UK permanent residency after Brexit has been rejected.

The government blocked the bid to add protections to the Brexit bill in the House of Commons yesterday by 332 votes to 290.

It is thought that the rights of British expats living abroad will be dependent on the UK ensuring the protection of its current EU citizens.

It comes after UK prime minister Theresa May said she wants to resolve the matter of expats on both sides as soon as possible once Brexit negotiations begin.

The Liberal Democrats have now vowed to get the amendment passed when the bill is debated in the House of Lords later this month.

“The Liberal Democrats will make protecting these citizens’ rights a top priority. We have tabled amendments in the Commons and we will do so again in the House of Lords,” Lib Dem Lords leader Dick Newby said.

“We believe we have support on all sides to deliver on the promises the government should have made to millions of people who have made our country their home.”