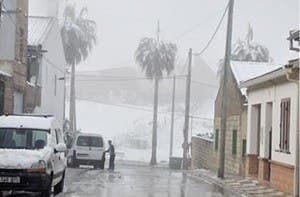 THE Costa del Sol has been placed on orange alert by Spain’s metrological agency AEMET.

It comes after Malaga was hit by massive rainfall last night, with more than 70 cubic litres falling on the provincial capital.

More than 200 incidents were reported and flooding and landslides are said to have caused ‘chaos’.

Marbella has been placed on yellow alert for today after also experiencing heavy rainfall last night.

The orange alert issued for the coast on Monday and Tuesday, warns of force 6-7 winds and four-metre high waves.