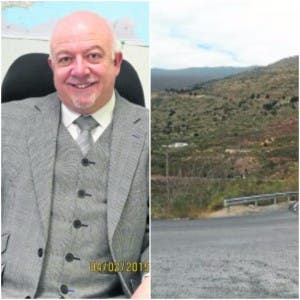 A BRIT who was conned out of €92,000 in a land scam is still waiting for his money to be returned 11 years on.

Neil Riddoch, 58, is furious that two men found guilty of fraud over the sale of a nine hectare plot have not been made to pay any of it back.

To add further injury, the fraudsters, in Carataunas, near Orgiva, have not spent a second behind bars, despite only escaping a custodial sentence after they agreed to pay up within 18 months.

The issue is a ‘continuing nightmare’ for Colchester-based businessman Riddoch, who was scammed by the pair in 2006.

After a long saga Granada Supreme Court ruled in 2013 that the pair must pay him back by 2015 to avoid jail.

“They were convicted four years ago but I’ve not received a penny since- I’ve almost given up. It could have bankrupted me.

“They own a company so I just don’t understand why the judiciary didn’t freeze their assets until they had paid up.”

Riddoch, who had intended to build three houses on the land, realised he had been scammed when he was sued by its legal owner, as the Olive Press first reported a decade ago.

“He got money off me very quickly but it only seems to work one way,” he said.

“I’m not bothered now if they go to jail or not, I just want my money back.

“Something needs to be done urgently to reform the system to stop this from happening to other people.”