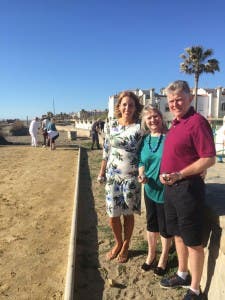 A Place in the Sun presenter Jasmine Harman told the Olive Press she believes demand will continue despite the invoking of Article 50 expected this week.

“If anything we are seeing people moving a bit quicker to get things sorted out as they see the timescale changing,” she said while filming a show on the Costa del Sol this month.

“The conditions haven’t changed and it is still great value here,” she added. “I love it out here.”

Harman, 42, who has been with the show since 2004, was showing retired couple Steve and Janis Pidgeon, both 66, around the Manilva/Casares area.

A former expat herself, she is a huge critic of Brexit, insisting that it makes ‘no sense’ at all to the UK. 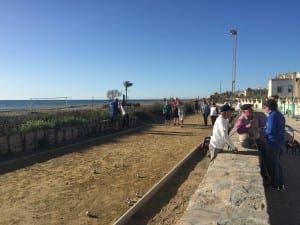 The qualified fitness instructor – who lived on the Algarve for four years, working in a health resort – continued: “I literally don’t know anybody who voted to leave. Oh, apart from my father-in-law.

“It is a terrible decision, one of the worst the UK has ever made.”

She continued: “I really hope it doesn’t have an impact on young British people living and working in Europe.

“I had the excellent opportunity of working in Portugal for four years and I would hate to see my own kids not having the same chance.”