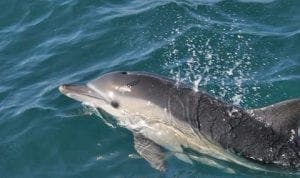 A green group on the Costa Tropical has condemned the practice in the area, claiming huge numbers of sea birds, turtles, fish and dolphins become trapped in the waste and die.

The Asociacion Amigos del Mar Costa Tropical spoke out against the problem to the Olive Press following reports that some Almunecar residents were using the Rio Verde to dump their household rubbish.

“There is a big problem with rubbish that is left in and next to rivers,” said a spokesman.

“We are constantly trying to make  people aware that absolutely everything that they throw away there, in the countryside or at the side of the road ends up in the sea.

“There, it kills everything from birds to dolphins, who get caught up in or injure themselves on the packaging.”