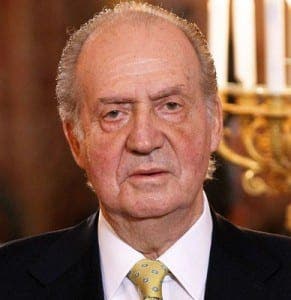 A FORMER king had a right royal time at an English Premier League match.

Ex-king of Spain Juan Carlos was spotted enjoying himself with Manchester City chairman Khaldoon al-Mubarak at his team’s clash with Liverpool at the Etihad stadium in Manchester.

Ferrán Soriano, the chief executive officer of the team, was also at the king’s side in a box during the tough game, which ended with a 1-1 draw.

It is the second time in recent years that Carlos, 79, has visited the stadium, following a trip in 2014 shortly after abdicating the throne to his son and current head of state, King Felipe VI.

Then he watched City trounce Tottenham with a 4-1 defeat.

EXPLAINER: Why podcast ‘Corinna and the King’ is causing so much embarrassment for Spain’s Juan Carlos I

Alex Trelinski - 8 Dec, 2022 @ 15:45
VALENCIA has failed to become the 2022 European Capital of Innovation after it was beaten by Marseille. The announcement was made during an awards ceremony...