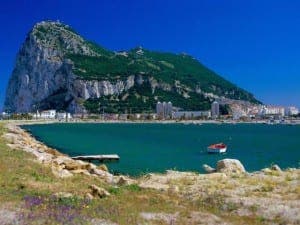 SPAIN has been accused of trying to take back Gibraltar after draft Brexit negotiation guidelines reveal it is being given an effective veto over the Rock’s future.

The guidelines state that any Brexit deal will not apply to Gibraltar without an ‘agreement between the Kingdom of Spain and the UK.’

British officials are said to be taken by surprise, with one describing the move as ‘absolutely unacceptable’.

An official told the Telegraph: “One really wonders why the EU has thought it sensible to put in something that’s a bi-lateral issue between Spain and the UK.”

Vice Chair of the All-Party Parliamentary Group for Gibraltar Andrew Rosindell said: “An agreement without including Gibraltar means there can be no agreement.

“British people must and will stand together, we cannot be bullied by Spain, any agreement must apply equally to the whole British family and that includes Gibraltar. There can be no compromise on this.”

Gibraltar has been a British Overseas Territory since 1713 and is home to 30,000 residents, 97% of whom voted to stay in the EU last June.

UK MPs warned last year that Spain’s increasingly aggressive behaviour towards the Rock was a ‘threat’ to British security and that is behaviour as a NATO ally was becoming ‘increasingly unreliable’.