It is the first time they have been opened to the public, and will now come complete with new benches, waste bins, disability access and toilet facilities.

Free of charge, visitors and locals alike will be able to stroll through the botanical wonder all year around, except at Easter or between July 15 and September 15.

Able to hold a maximum of 300 people, the gardens include 12 bronze sculptures by Joan Miro.

They were produced between 1969 and 1981 and were donated by the Miro family.

The colour-washed space is home to 40 different species of plant, most of them native to Mallorca.

The entrance to the gardens is through the main gate to the Marivent Palace and visitors can stay as long as they like. 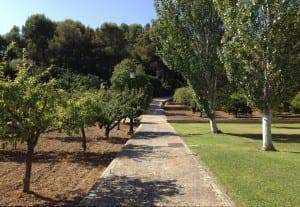 Dogs and bikes will not be permitted in the gardens.

Within the grounds are Son Vent, the home of King Felipe VI, as well as two small villas built for the Infantas Elena and Cristina.